ReWind is a prototype application that allows one person to build a playlist of videos out of a pre-defined video library, using a mobile app (webview) and then send the videos to a receiver application. 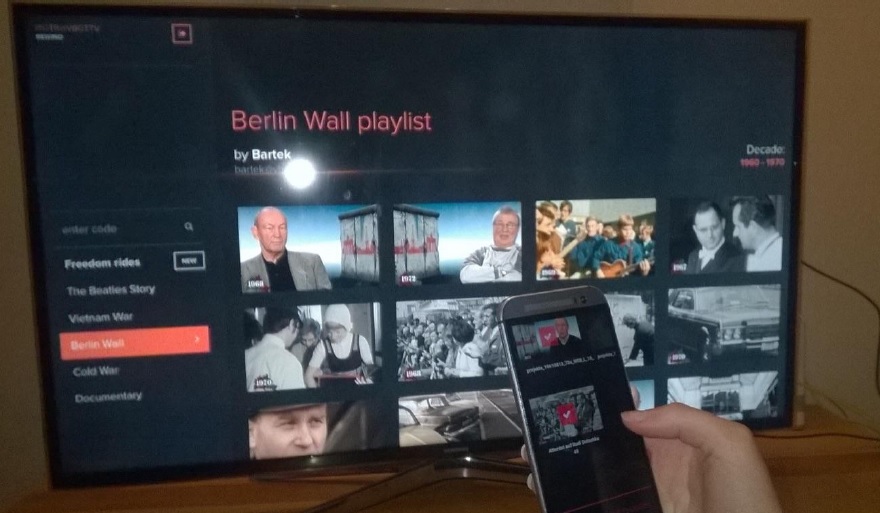 The ReWind prototype consists of two apps: Pusher (a mobile app that allows easy creation of video playlists based on selected search criteria) and Receiver (a primarily TV screen app used for video playback): the Pusher app is being used by a representative of the younger generation – it is a mobile app that allows the user to easily search for specific video content, collate playlists and share them with the members of the older generation (the users of application). the Receiver app, primarily a SmartTVapp, is intended to be used by a member of the elderly generation and as such needs to be very simple and intuitive to use.

The ReWind application demos can be found online:

1. The Receiver app (primarily intended for TV screen but can be tested on any widescreen computer)
2. The Android Pusher app (installation of applications from unknown sources needs to be enabled on the mobile device)
(Please note: there need to be two separate Facebook accounts used for both apps for testing in order to connect the two users groups.)